Forensic Document Analysis and Training commenced business in March 2013, in response to the marked increase in identify theft and identity fraud taking place within Western Australia.

In addition to undertaking document examination casework, we offer small group training to people responsible for assessing identity and security documents.  By educating you and your staff, it is hoped that fraudulent behaviour can be detected and stopped.  This not only protects the individuals and businesses directly involved, but also reduces the financial burden on all Australians that are affected by increased fees and premiums, usually to meet higher insurance and loss recovery strategies. 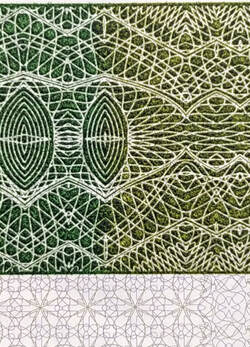 On numerous occasions, Justin guest lectured at the University of Western Australia (UWA) to post graduate Forensic Science students, as well as presenting to police recruits at the WA Police Academy each month over several years.

Whilst a WA Police member, Justin was deployed to Bali (Indonesia) in October 2002 as a result of the terrorist bombings of the 'Sari Club' and 'Paddy's'. During his deployment, Justin undertook Disaster Victim Identification (DVI) work at the Bali Hospital and Morgue. Justin and the other twelve officers deployed were awarded the Australian Federal Police (AFP) Operations Medal (with 'ALLIANCE' clasp) for their efforts in assisting with the identification of the 202 victims.

From 2005, Justin has worked as a Forensic Document Examiner for the Australian Federal Government in Western Australia, obtaining a Certificate IV in Training and Assessment through the Canberra Institute of Technology (CIT).

As a Regular Member of the Australasian Society of Forensic Document Examiners Incorporated (ASFDE Inc) from 2009, Justin subscribes to their Code of Ethics. From 2017 until 2019, Justin was an elected ASFDE Inc. committee member.

As a member of the forensic community, Justin attends and participates in domestic and international symposiums, fora and meetings.